Weaving our way through Old Bagan, we left our hotel early that morning, even before the sun was awake. It was just Mommy and me. The tea shop next to our hotel had yummy breakfast treats, so we picked up a few fruit-filled moun to snack on while we explored. These sweet treats are popular in Myanmar.

We found a bench right by the river just as the sun started to come up. Fishermen began to load up their brightly colored boats with all of their equipment needed for a day on the water. Some looked so heavy I thought they might sink! They didn’t. Instead, they sailed off into the horizon until they were nothing more than a tiny spec in the distance. I wondered how many fish they’d catch.

“Dolphins!” I quickly turned my head from the shiny temples nearby back to the water. Mommy was pointing to a whole family of dolphins jumping in and out of the river. They must have been waiting for the fishermen to leave before coming out to play. I watched the dolphins dance across the water, diving down deep and disappearing into the dark waters.

I finished my breakfast and we left our spot by the river to find our next adventure. For the first time I rode in a horse cart— a long and bumpy ride, baking under the sun, breathing in the smell of horse hair mixed with sweat. I was beginning to wonder if it was worth the trek, when I looked up to see what I thought was a mirage. I couldn’t believe my eyes…

A wall of buildings appeared in front of me, taller than the trees, scraping the sky. Some were old with rocks crumbling and plants growing from the cracks in the walls. Others, including the one closest to me, were like new—gold and shining like nothing I’d ever seen before. The sun bounced off the sharp, pointed turrets sitting like royalty, atop the building.

I asked Mommy if these were castles. She replied, “They are Buddhist temples, and temples are kind of like churches.” Never had I seen a church like that, and I was desperate to see more. The temples were clustered together, almost like a tiny village. Our driver called it the Temple Trail.

Before we could enter this magical village, we had to pass by a large, white statue. It looked like a lion and a dog, all in one. Not as big as the one I saw earlier in the week, I knew it was called a chinthe. Standing guard at the entrance, this statue protected the Buddhist temples against harm. My eyes got really big as we passed by and I saw just how huge it was.

The buildings were all impressive, but I knew I would not last in this heat. My interest honed in on the one that looked like treasure, bursting with gold so shiny it almost hurt to look directly at it. I had so many questions, but couldn’t tear my eyes away long enough to ask them. I couldn’t even speak.

Before entering the temple, we removed our shoes. It’s the respectful thing to do, mommy says. As we began to explore the inside of the temple, my eyes moved from one extravagance to the next—it was like something new sprouted up each time I turned around. There were statues and tiles and jewels everywhere. In my whole life, I had never seen anything so vibrant and full of color.

As we finished our walk of the Temple Trail, mommy said she had one more surprise for me. She refused to give me any clues, so I had to sit patiently as we left the village on the same horse-drawn cart. As we approached an empty field I began to see colorful fabrics covering the ground—what looked to be giant flags tied to large baskets. What in the world did Mommy have planned?

I heard a loud chuffing sound—really loud. One of the baskets looked like it was on fire and, at that moment, I knew what we were doing. Just then mommy said, “We are going to ride in a hot air balloon because seeing Old Bagan from the air is an adventure no one should miss!”

I was a little nervous as I climbed through the door of the hot air balloon. Actually, I was a lot nervous, but mommy held my hand and promised to keep me safe. I felt the balloon leave the ground and quickly sat down. It felt safer that way. Don’t tell mommy, but I also covered my eyes.

Mommy and Me in Old Bagan

The sound of the hot air was loud, but once we were floating and the basket felt steady, I peeked through a little window. The view was magical. Mommy had been right—no one should miss this.  I could see the top of the golden pagoda and the other buildings we had just left. Floating over the river, I’m pretty sure I could see the bench where we sat and watched the dolphins play earlier that day.

I held onto Mommy’s leg. I still couldn’t bring myself to stand up, but I am happy I found the courage to look out the window. Mommy’s always telling me to keep my eyes wide open so I don’t miss the next big adventure. I wonder what that will be…

About the Writer: Hallie Richter

Hallie is a freelance writer and former teacher. She’s a firm believer in the positive effects of getting children out to see the world through hands on exploration. Hallie enjoys traveling with her own daughter and feels that the key to the future is by encouraging our children to embrace new cultures and see them firsthand. 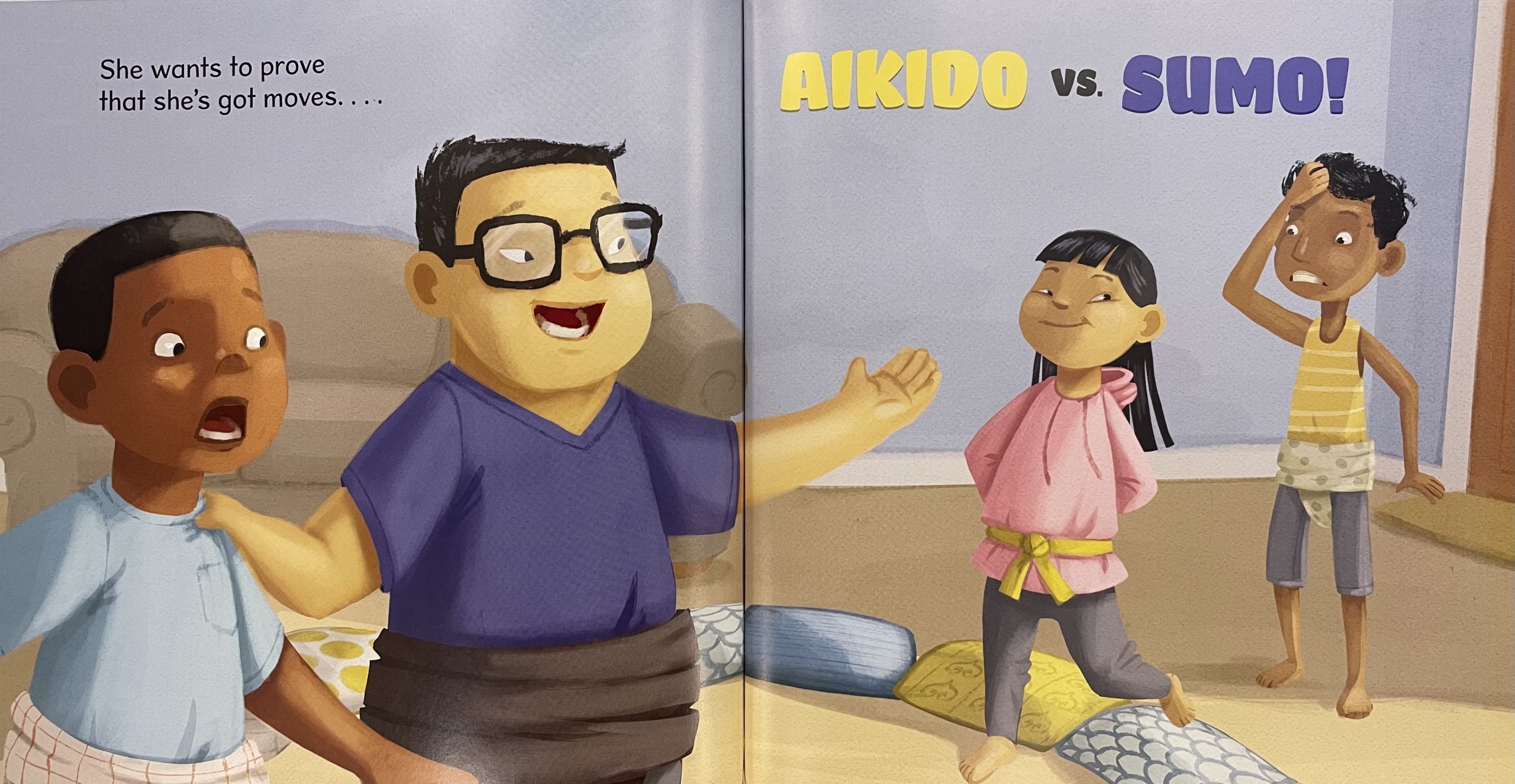 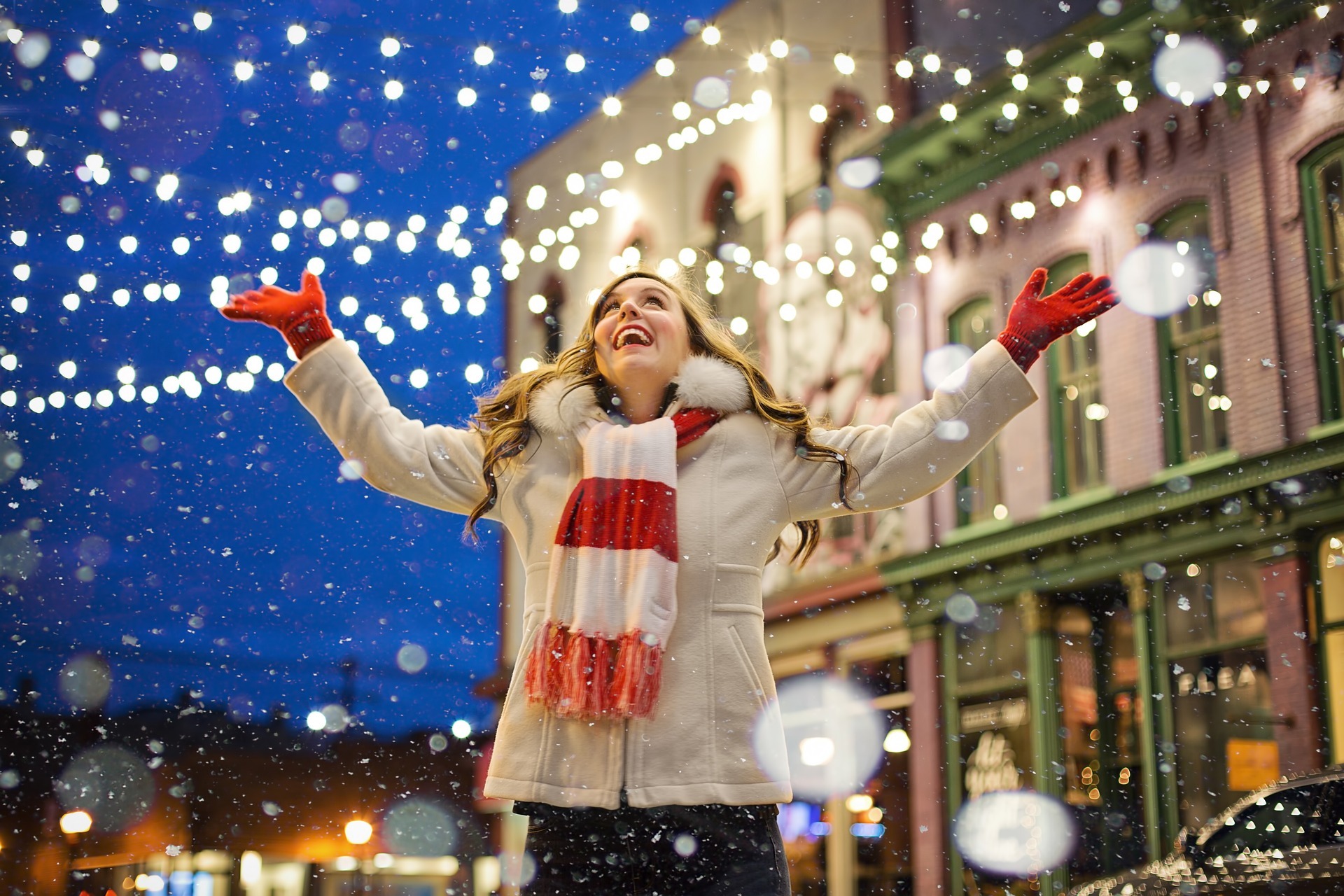 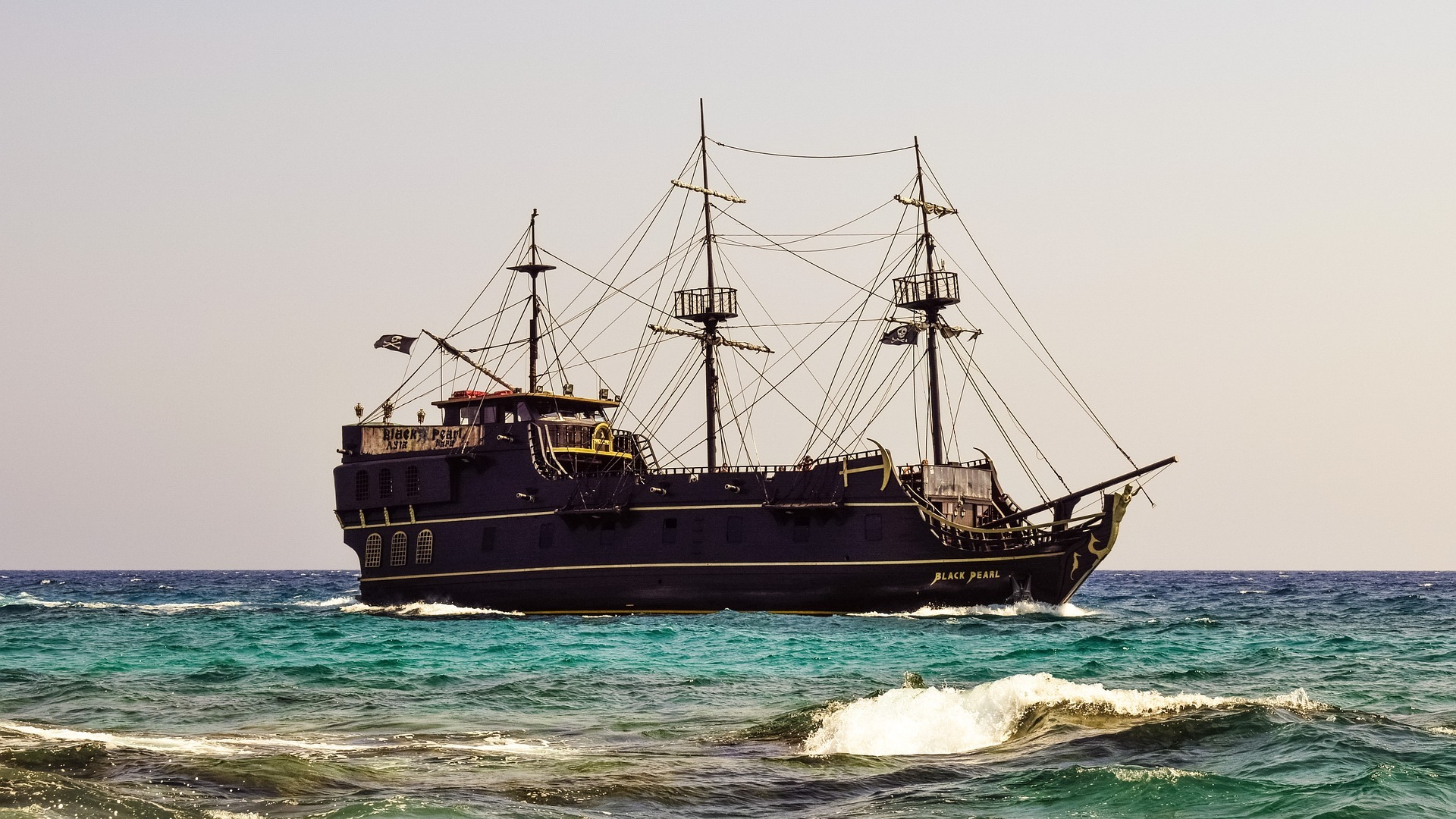 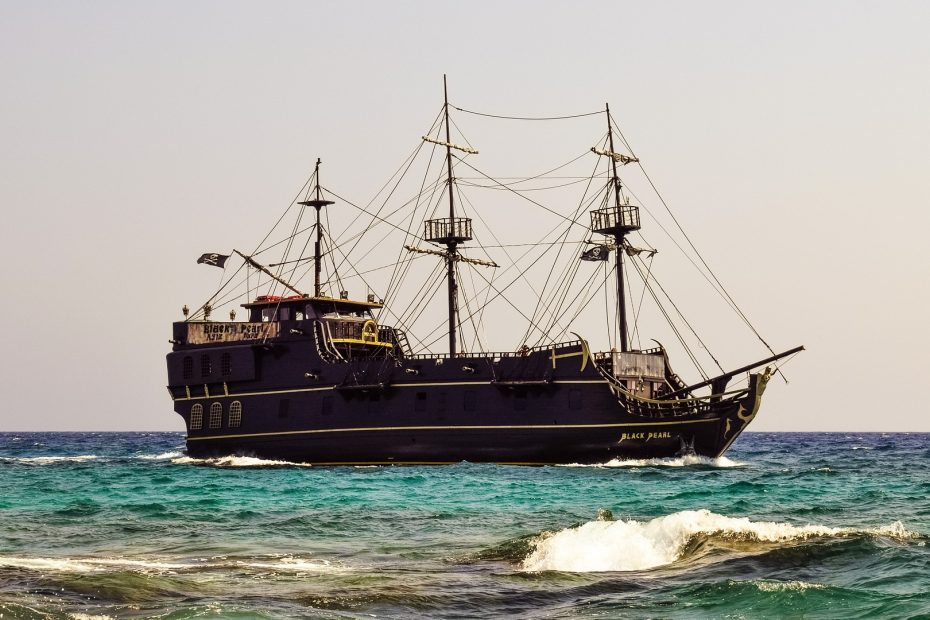 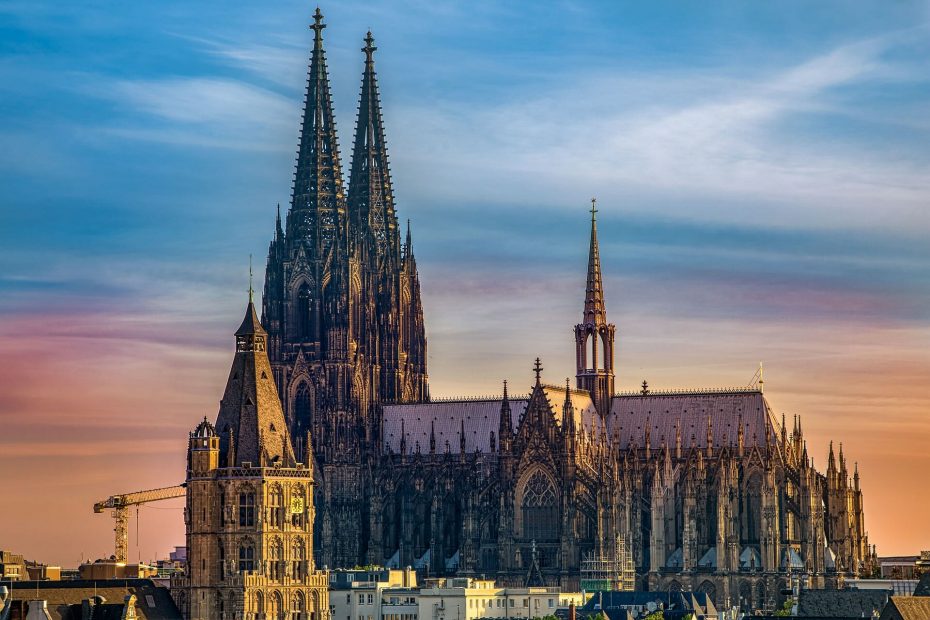 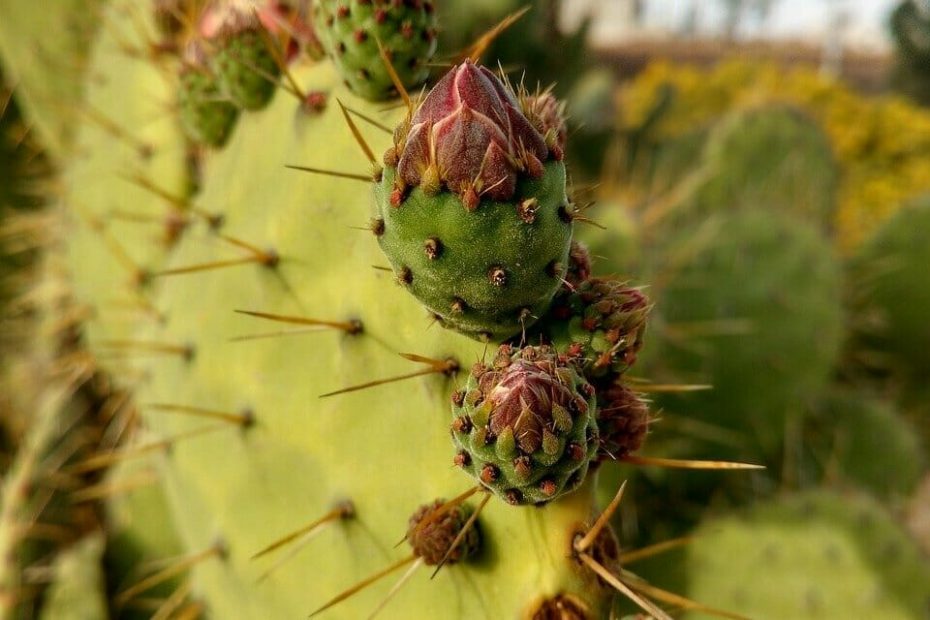