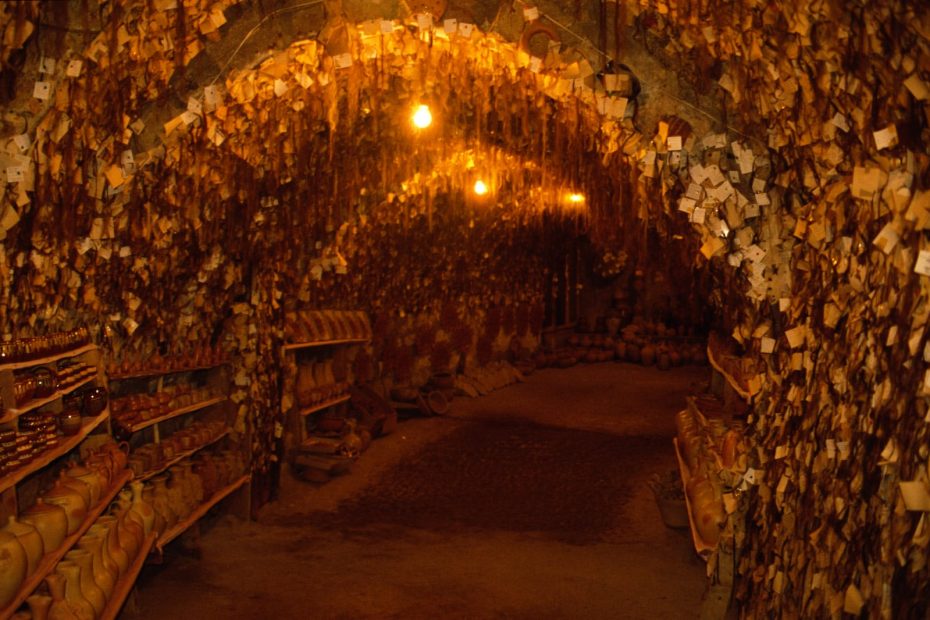 If you have never heard of Avanos before today, you will certainly not forget it after reading this. While a hair museum may seem bizarre upon first hearing of it, the story of how it all began is more…romantic.

Galip Körükçü is a Turkish potter known around the world for his talents. He is the owner of Chez Galip, a ceramics shop in Avanos—a small town in Cappadocia, Turkey. Located beneath his shop you’ll find a rather large collection of women’s hair (for which he was highlighted in the Guinness Book of World Records). More than 16,000 samples have been given to Galip by female travelers from around the world.

This strange museum began by chance in 1979 when a dear friend was moving away. Galip was so saddened by her departure that he asked for something to remember her by. She clipped a lock of her hair and handed it to him. Upon hearing this story, female visitors over the years have followed in suit, leaving a lock of their hair along with a note displaying their address.

The artist was so taken by this sentiment, which bring in hundreds of new customers each year, that he started rewarding his visitors. In both June and December, Galip has a customer choose ten winners from this wall of hair. Those winners receive an all-expenses paid trip to Cappadocia for his week long pottery workshop.

There is no fee to visit Chez Galip and his hair museum, nor is it required that women offer up their own hair. But, honestly, after hearing his story wouldn’t it be hard to resist?